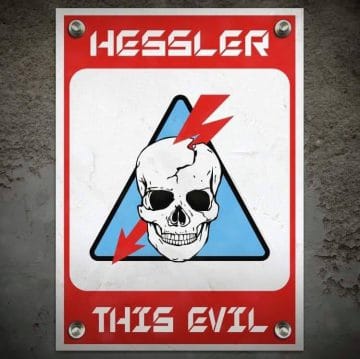 Speaking exclusively to Sleaze Roxx, the band’s two main members — founder, lead vocalist and guitarist Igz Kincaid and guitarist (and former bassist) Erik Michael — spoke about the group’s latest single and whether we can expect a new album in the future.

At the end of 2017, Hessler released a new version of their song “Bad Blood” which was originally released on the EP sporting the same name back in 2011. On why they re-recorded the track, Michael stated: “It was a chance for us to take one step back and two steps forward. A way to prove we could take what was done and make it better. Very proud of the results. One of Igz’s strongest vocal performances we’ve managed to capture.” Kincaid added: “Thanks E! I’m proud of it. ‘Bad Blood’ is an aggressive song and it’s a blast to play live. We felt it was the right tune to re-track live to capture the energy it possesses and give it life.”

A little later this year, Hessler released a video for the single “Akira.” In terms of what the idea was for the video, Kincaid advised: “Our song and video are a tribute to Katsuhiro Otomo’s manga and film Akira. I’ve been a big fan ofAkira since I was a kid and it was a real pleasure playing tribute to it through the song and video.  The director Craig Bass, and the entire crew, did a killer job to make the video what it is. ” Michael chimed in: “Igz told me I absolutely had to see the movie Akira and that he had lyrics based on the story. I’m personally not a huge fan of anime/manga, but the lyrics worked with the music and I think it’s cool that it brought two underground media together. The video ended up being awesome. My favorite so far, and you don’t need to know anything about Akira to appreciate it.” 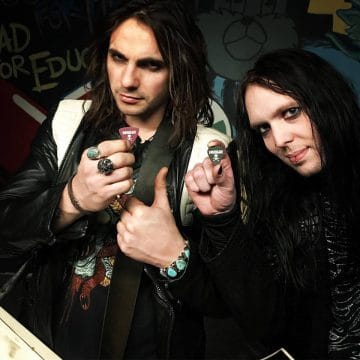 With respect to the new song “This Evil”, Sleaze Roxx noted that the new single feels like a more mature song from Hessler in that there seems to be a steady flow throughout the song rather than the verses and big chorus that Hessler seems to like to do. Michaelreplied: ‘This Evil’ to me is a very simple song that more or less wrote itself. The song is easily the heaviest song we’ve done. Darker than others but at the same time melodic. Two of my favorite qualities in music [laughs]!  Is this the direction we’re heading? Maybe. I see it as another element of the multi-faceted entity Hessler is destined to become. We laugh. We cry. We rock. And we kill.” Kincaid added: “I’m finding my own voice as a vocalist and I feel it shows on ‘This Evil.’ Steady flow and growth — it’s inevitable.”

In regard to when we can expect a new EP or album from Hesslerwith the last one dating back to Skeleton Crew in November 2016, Michael stated: “When can be difficult to predict. As much as I’d like to do a full length album every year, it’s…. It’s a bit of a challenge. We’ve been finding that guerilla warfare has worked to our advantage lately, but that’s not to say a full assault isn’t coming your way. Just be ready when it happens.” Kincaidadded: “We’d love to, but it takes time and lots of money to do it right. We’ve really been enjoying this single punches, and have more in reserve including some covers. There aren’t any definite plans but with the likely crappy winter we’ll have, it might be the perfect opportunity to assemble and organize, and put out a full length.”